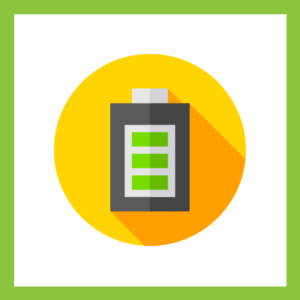 In an effort to ensure residents can quickly evacuate their home during a fire, California state senators unanimously approved legislation requiring new garage door motors to be equipped with a garage door opener battery backup.

In 2017, California experienced the most destructive wildfire season on record, involving multiple wildfires burning out of control across the state.

According to the California Department of Forestry and Fire Protection, a total of 9,133 fires burned an estimated 1,381,405 acres. These fires destroyed or damaged more than 10,000 structures and killed 43 people.

Tens of thousands of residents were instructed to evacuate during the Thomas Fire, including some from the city of Ventura, and many reported experiencing difficulty opening their garage doors.

Garage doors can be opened manually in the event of power failure, but it’s important to consider this process may be difficult for some people.

Trying to perform these tasks during an evacuation can be frightening and dangerous. A ladder is a prominent risk factor associated with some of the most common slip and fall injuries responsible for millions emergency room visits.

Suffering a sprain, hip fracture, or head injury during an evacuation is not ideal.

Sen. Bill Dodd, D-Napa, was one resident who experienced such difficulty as the Atlas fire threated his neighborhood. The experience motivated the California Senator to introduce a bill aimed at new garage door motors sold or installed in the state.

“Most people don’t think about this until it is too late,” Dodd said during a statement. “My goal with this bill is to raise awareness and give people the security of a battery backup.”

As a local business operating throughout Ventura County and Los Angeles County, we’re excited to hear new garage door motors will be equipped with a garage door backup battery as it will ensure our family, friends, and neighbors will be able to evacuate quickly during the event of another wildfire.

With summer just around the corner, we strongly recommend all homeowners install a garage door battery backup sooner than later.

If you’re interested in installing a backup battery, we’re here to help.

We have over 20 years of experience providing professional garage door installation and repair throughout Ventura County and Los Angeles County, so you can rest assured your garage door is in good hands.

If I could give more stars I would!What an AMAZING experience! I ordered a new garage door and from the initial call to the completion of the project, I am beyond satisfied!!! I had a few estimates done and Brent from “Your Garage Door Guys” was the last company I got an estimate from and thank goodness for that because I realized the other companies were a rip off!!! Their price was not only the BEST but their customer service and professionalism was on point! THANK YOU Brent and Wendy for such a POSITIVE experience! I will definitely tell my friends, family and whoever else that’s willing to listen to me about your AMAZING company!!!

Amanda L.
We use cookies on our website to give you the most relevant experience by remembering your preferences and repeat visits. By clicking “Accept”, you consent to the use of ALL the cookies.
Cookie settingsACCEPT
Manage consent