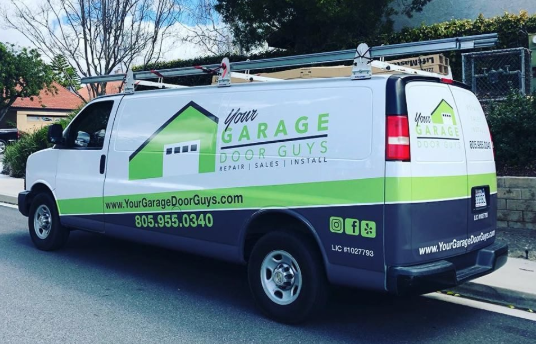 Sometimes garage doors develop dents over time, and as soon as you spot them you should do something about them. Whether hailstones have battered the door or you accidentally hit it with your car, that dent needs to be removed right away. Luckily, if the damage is light enough, this is something you can handle yourself. Here’s how to fix a garage door dent and get your door back into top shape.

How to Repair A Garage Door Panel

Why is it so important that you fix a garage door dent right away? Apart from being cosmetic damage, shouldn’t it be a low priority?

The dent in your door will certainly affect the look of it, but it will also affect how it works. When there’s a dent in the door, that can actually affect how the door opens and closes over time. You may see the door start to sag, or one side opening up higher than the other. If you’re seeing any of this, then you need to repair your garage door right away.

The dent may actually be causing more damage to the garage door framework, every time you open and close it. The track may bend or break, and you’ll be wearing out the springs and rollers unevenly. If left for long enough, this will cause more issues over time. As such, you want to handle it as soon as possible.

If the dent is light, then you can quite easily handle it yourself. Here are a few ways you can go about repairing the dent and getting the garage door back into top shape.

Hammer Out The Dent

If you have the right tools, you can actually carefully hammer out a dent. A rubber or wooden mallet will be best for this, so you can get the dent out without causing more damage. Gently tap the dent with the hammer, until it straightens out.

If the dent is at the top of the door, you’ll need to get a ladder to reach it. Have someone with you to hold the ladder as you work, to make it safe.

This method works for small dents, but you do need to take care to not crack or damage the panel as you tap it. Some find that the panel will already be weakened, so you’ll need to view this as a temporary solution. Even so, it’s often worth trying as it’s the easiest fix.

Here’s another option that can often pull those dents out of your garage door. Your garage door needs to be fully made of metal for it to work, but it’s a technique that experts are using right now. As such, you can get good results with it.

If you’re going to try this, then you’ll need to ensure you try it on a small dent, as it won’t work on a larger damaged panel. It’s very simple to do. Just attach the suction cup over the area that was dented, and the suction will pull the dent out of the door. That’s all there is to it.

As you can see, it has to be a small dent for you to get a suction cup over it. However, it does work and there’s a very minimal chance of you causing further damage to the panel itself. As such, it’s worth a try before you have to call in the experts to help you out.

Remove A Dent With Heat

Here’s another method for dent removal that you may not have heard of before. You can use heat to encourage a dent to straighten out, so you don’t have to do anything more invasive to the door itself.

You’ll need compressed air, aluminum foil, and a source of heat, such as a lighter. Hold the foil over the dent, and heat it up with the lighter or another heat source. Then, cool it down quickly with the compressed air. This should encourage the metal to take its original form.

The benefit of this method is that it doesn’t take too long to do, and doesn’t need expertise. You will need to take care with the heat though, to avoid burns.

Is the dent too bad, or have the other dent removal tactics not worked? If so, then you don’t need to get a new garage door right away. Instead, you may be able to just replace the panel that’s dented.

This is something that is typically best left to the experts, as they can replace the panel safely. This usually comprises of removing panels off the door until they get to the damaged panel. This is removed, and a brand new panel is added in its place. Then, the other panels are added back on until the door is whole again. Once the door is repainted, you’d never know that anything had to be replaced.

How much your repair will cost depends on the amount of damage done to your garage door. If there’s only a small dent, then you can try fixing it yourself. That will only cost you whatever it costs to get the supplies if you don’t already have them.

If the damage is larger, then it’s best to call on an expert to handle the dent for you. This can cost somewhere between $700 and $1,400, depending on your door, the damage, and the number of panels that need replacing.

As you can see, there are several different ways to repair a garage door dent. If the damage is minor, you can take care of it yourself. If you’re not sure, or your own repair efforts aren’t enough to fix it, then be sure to call a garage door repair team to help you out.

This company has consistently provided excellent, skilled service on my garage door issues through the years, at reasonable prices. I highly recommend them.

Carol K.
We use cookies on our website to give you the most relevant experience by remembering your preferences and repeat visits. By clicking “Accept”, you consent to the use of ALL the cookies.
Cookie settingsACCEPT
Manage consent