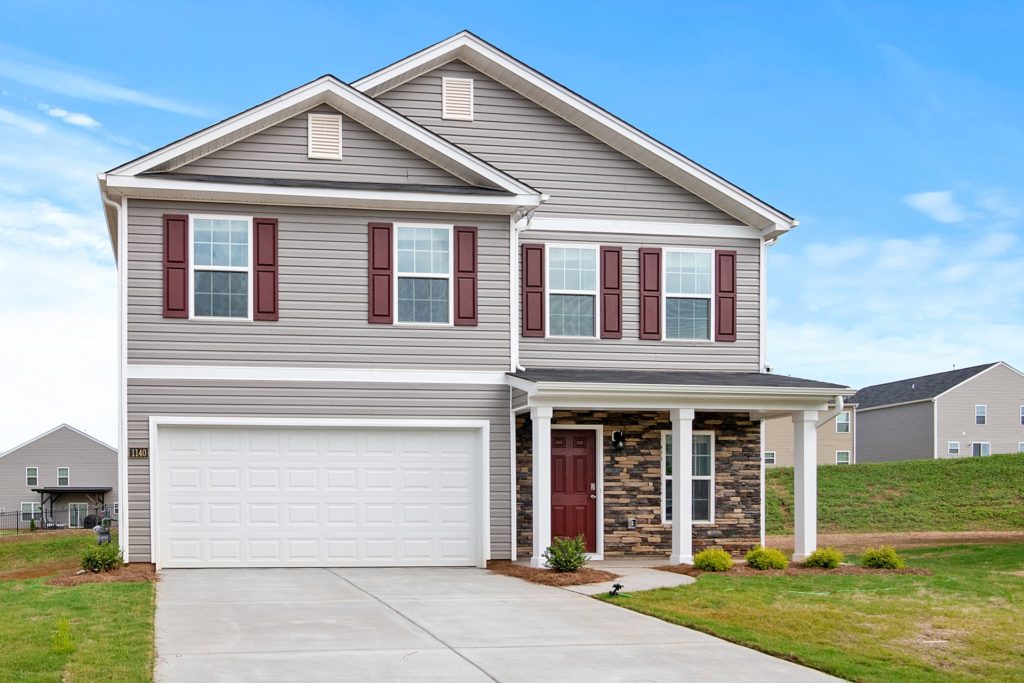 Your garage door sees a lot of action over its lifetime. In fact, it’ll open and close around 1,500 times a year. It makes sense when you’re opening it at least twice a day to get your car in and out for work and when you get home again. As such, at some point, that garage door will see wear and tear. If the door has seen damage, should you repair or replace it? Here’s how to know and how to repair a damaged garage door.

This is the first question that you’ll want to ask yourself when dealing with a damaged garage door. Can you repair it, or can it be replaced? This will depend on a few factors, so you’ll want to take these into consideration:

This is one of the biggest things you need to think about if your door is damaged. If the door is quite new, then you’ll want to repair it, as the repair will be cheaper than a replacement. However, older garage doors may warrant a replacement.

The average garage door will last for around 30 years. If you’ve already had yours for around 20 years, and it’s taken on damage, you may actually want to replace it. This is because the older the door is, the more likely it is that parts are wearing out and getting on in years. Even if you replace one thing, another aspect of the door may need repairing sooner rather than later. As such, it’ll actually be cheaper in the long run to replace the whole thing.

The way the garage door has been damaged will factor into whether you repair or replace it. There are some types of damage that are fairly minor and won’t take a lot of work to repair. As such, you’ll want to repair rather than replace it.

This includes cosmetic damage, such as chipped paint, scuffs, or cracks. Small dents can also be handled as well without having to replace the whole door.

As well as the type of damage, you’ll need to consider just how extensive the damage is. For example, if there’s cosmetic damage such as dents, as well as structural damage such as bent tracks, then you may want to consider replacing the door. Replacing it will make more sense than repairing it, as you’d have to spend more to do all the repairs themselves.

This is another important thing you’ll have to think about when it comes to repairing a damaged garage door. Will it cost more to repair or replace? If the cost of replacing the garage door is less than simply repairing it, then, of course, it makes more sense to replace it. There are some fairly priced garage doors out there that won’t break the bank to install. To make the best decision, always request a garage door estimate.

When To Repair a Damaged Garage Door

There are many times when repairing a garage door will make a lot more sense than taking the whole thing out and replacing it. Here are some issues that can be solved with repairs:

If it’s just one or two panels that have been damaged on your garage door, you can repair them without too much fuss. The old panels can be slid off the rails, and new ones slotted in and bolted into place. Once the garage door has been painted, you’ll never know there was any damage at all.

2. The Door Has Stopped Opening and Closing

If you have an automatic garage door and it’s not working, then there are several reasons why it may have stopped working for you. It could be a broken spring, a snapped chain, or a burned-out motor. These things are all quite simple to fix, and a garage door tech can come and help you out with them.

Does the door feel heavier than usual when you manually move it? That’s a sign that a garage door spring is wearing out or broken. This is something you want to address quickly as a heavy door will put stress on the motor, but it can be fixed quickly. It’s usually best to have a tech handle this, too, as spring can pose a danger to you.

4. The Sensors are Failing

The sensors on your garage door open are essential, as they prevent the garage door from closing on anyone who’s passing through it. If they’re failing, you can take some steps to correct them. If you’re still having problems, though, they can be handled by a technician.

When To Replace a Damaged Garage Door

When do you know if the problems your garage door is having can’t be replaced? There are some signs that show you that a replacement will make more sense.

1. The Door Makes a Lot of Noise

If the garage door has started making loud squealing sounds or has started to vibrate excessively, that’s a sign it needs to be replaced. There could be several issues that need to be resolved, and that will mean it’s pricey to repair them all. In this case, it’s better to replace the entire door.

2. To Improve Your Home’s Curb Appeal

In some instances, the damaged garage door itself may not be damaged too badly, but it’s a good opportunity to update it. If the door is showing its age and just doesn’t look good anymore, you can upgrade it for a newer and better model. This is especially something you’ll want to look into if you’re thinking of selling your home.

Have you been putting off that repair for a while? If so, you’ll see that the damage increases over time, and it’ll create more problems. As such, you’ll want to look into replacing the door.

So there you have it. Repairing a damaged garage door boils down to many factors, such as the age and the symptoms it’s displaying.

If your garage door is damaged, look no further! The professionals here at Your Garage Door Guys can help. We are experts in garage door repairs, maintenance, overall maintenance, and much more. Give us a call today, or alternatively, contact us online to see what we can do for you.

In the last 2 months I have called them for service and I am very pleased . He comes on time and explains everything that he is going to do. When I call the office and talk to Wendy she is very helpful and easy to talk to…… I recommend them highly….

Terri Bond
We use cookies on our website to give you the most relevant experience by remembering your preferences and repeat visits. By clicking “Accept”, you consent to the use of ALL the cookies.
Cookie settingsACCEPT
Manage consent